I’ve decided to take two months vacation to travel to Nepal to study meditation in Kathmandu. I’ve decided that not only do I deserve a vacation, but that I deserve to get enlightenment in this life; not interested in waiting until the next. I’m cashing out my IRA and will be leaving next week. I’ve also decided that I deserve to be hanging out with the most enlightened people on the planet, therefore, I will stop first in Dharmasala, India, to hang with the Dalai Lama.

As you may have guessed, this is my April Fool’s joke. The closest I’ll probably ever get to Kathmandu is by listening to that Bob Seger song. As far as hanging with the Dalai Lama, well, there’s a card with his face on it in my office, does that count?

Yes, I do deserve a vacation and maybe I’ll get one soon. And there are some situations in my life that I probably don’t deserve. You probably feel there are some things you deserve but aren’t getting. But here’s the real joke that’s been played on all of us. And this may fly in the face of all you’ve been taught.

Deserve has got nothing to do with it.

Yet, most of us have been programmed to believe that we can’t get that promotion until we deserve it, that we can’t get that relationship until we deserve it, that because of what we’ve done, or haven’t done yet, we don’t deserve happiness. When bad things happen to us, we protest “I don’t deserve this!” But the fact is, deserve’s got nothing to do with it.

Here is the cold, hard reality: there are plenty of people that have nice things that they don’t deserve. There are plenty of folks out there right now that have had terrible things happen to them that they don’t deserve. There are people that are getting what they deserve, there are people that aren’t. There’s people in jail because they stole what they wanted because they felt they deserved it. In fact, I’ve heard it suggested just recently that our society has become a culture of entitlement because of what we feel we deserve.

This whole deserve thing has really screwed up our thinking. The joke is on you, if you are waiting to get what you want until you deserve it. Here is my tip for the day: throw the word “deserve” out.

Consider this: you can get what you want without being deserving of it. You don’t always have to work hard to get it. You don’t have to always earn it. Sometimes it just comes your way, if you are open to it. Just like bad stuff is going to come your way that you don’t deserve.

Same thing with being worthy or unworthy. What has that got do with it? Nothing.

Life is a miracle. Having a life is a gift. What did you do to deserve it? Does it matter?

This is where miracles happen.Being open to having them happen is a good way to have them happen. And they do happen. All the time. Whether we deserve them or not. No fooling.

Your companion on the path to transformation, 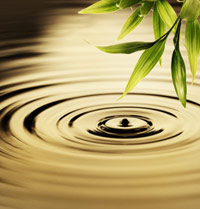 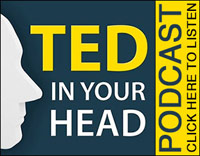 How to Mentally Rehearse for Any Challenge

Cure for Procrastination: Hire the Gorilla
Scroll to top