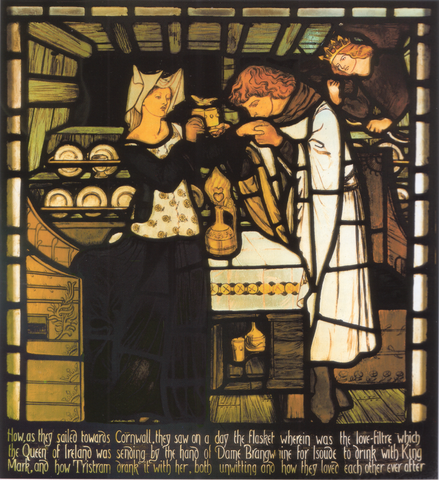 Dante Gabriel Rosetti was a famous 19th century poet and artist. One day, he was approached by an old man.

The man had some sketches that he showed to Rosetti . He wanted Rossetti to tell him if they were any good.

Looking at the drawings with his expert eye, Rosetti knew right away that they showed no sign of artistic talent. He told the man as much in the most kind and gentle way he could.

The elderly man seemed disappointed but accepted the artist’s verdict.

“May I ask for once more for your opinion?” asked the old man as he showed Rosetti  the work of a younger artist.

Rosetti agreed and looked over this new set of artwork.

This time, however, he could see incredible talent and potential in the drawings.

“These are quite good,” said Rosetti. “This student possesses great talent. If he works hard at his art, his future will be bright. He should be given every opportunity and encouragement to succeed as an artist.

The old man became silent upon  hearing these words.

“Is this young artist your son?”  asked Rosetti.

“No,” said the old man with great sadness.  “This is my work from 40 years ago. A teacher told me back then that I had no future as an artist and I believed him.  I got discouraged and gave up…too soon.  If only I had heard your encouragement then.”

The hypnosis of belief is the invisible hand pulling upon your strings.

It will determine what you do and don’t do. All belief is a form of hypnosis. If you are told something enough times by someone you trust and believe, you will accept it as fact and act accordingly.

There are few universal truths that stand on their own. Almost all of what we hold to be true is true only because we believe it. We are under the hypnosis of belief.

Our beliefs are mostly created by ideas given to us again and again by authority figures such as parents and teachers. It’s not long before we can only see the experiences that support and keep those beliefs in place.

How do you know that we are on a planet in a solar system held  together by a force called gravity? You don’t. Someone told you and you believed them. (Gravity is a theory and has not been “proven”)

So what’s the point?

Once you understand the hypnosis of belief, and that all belief is hypnosis, then you accept that your belief is not truth and is subject to change. So now, you are free to believe whatever you want, as long as it works for you, which means that your belief influences your actions in a way that gives you the life you want.

Second point: you get to evaluate and choose what beliefs work for you, and in the process, let go of beliefs that don’t resonate with you any longer. You understand that as you grow in wisdom and experience your beliefs should change.

However, most folks have it backwards. They take actions that don’t work, based on the hypnosis of beliefs that are outdated and no longer in alignment with their desires. This is a recipe for frustration and unhappiness.

Most of what I do as a hypnotherapist is to de-hypnotize people from the hypnosis of beliefs that create unhappiness such as:

These are all beliefs that when taken as truth, will stop you cold. Changing those beliefs can allow you to move forward.

I challenge you to try this exercise. Write down all the things you believe are true. Write down your most cherished beliefs. Next to each one, answer the question: how do I know this? Examine, and question each one. If it’s time to let one go, do so. If it works for you, keep it. If it’s something you need to think about some more, then do that. You will probably never free yourself from the hypnosis of belief, but you can be aware of it and make it work for you.

The most important thing is to be awake and refuse to abdicate your own authority to anyone or anything. This is your life. You get to choose what to think and believe. Choose wisely.

The Power of Your Beliefs

Masters of Self Deception
Scroll to top